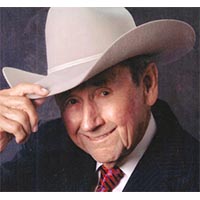 Herbert Ray Alcorn Sr., 88, of Blacksburg Virginia, passed away on January 25, 2020. He was preceded in death by his parents Lonnie B. and Mary C. Alcorn, and his wife of 66 years, Louise Griffith Alcorn.

Mr. Alcorn was born in Spray, NC, and the family moved to Virginia in 1941, where he met his future wife, Louise, in Sunday School at Cascade Baptist Church when they were ten years old. Herb and Louise graduated from Brosville High School. He then enlisted in the Air Force and proudly served from 1949 – 1953.

The high-school sweethearts married in 1951. Upon discharge from the Air Force in 1953 as a Staff Sargent the couple moved to Blacksburg, Va., where Herb enrolled in Virginia Polytechnic Institute (VPI, now Virginia Tech) under the GI Bill. He graduated in 1956 with a degree in Agricultural Economics. His goal was to be a high school agriculture teacher, but fate had other ideas.

Herb was a serial entrepreneur, a bold businessman, and a community leader. His first business was a country store in rural Axton Va., which he sold to his father when he entered the Air Force. In Blacksburg he met Al Underwood, also an Air Force veteran attending VPI. They struck a partnership to buy and sell used cars to support their young families while full-time students, the first of many enterprises. They ventured into mobile home sales and in 1956 founded A&U Mobile Homes, Inc., with offices on Rt. 460 just south of Blacksburg, on property where in 1990 Mr. Alcorn developed the Blacksburg Comfort Inn.

That company grew to span seven states from Virginia to Florida, and more businesses followed, including Park Realty Company based in Blacksburg; Triangle Lanes Bowling Alley and Highland Volkswagen in Christiansburg VA; Coburn Industries, a NC housing manufacturer; the Astro-Needle Amusement Park in Myrtle Beach SC; and numerous real estate and business projects across the southeast.

After Mr. Underwood’s death in 1977, Mr. Alcorn continued to operate the businesses, bringing his four sons into various roles as they came of age. He founded Park Real Estate Inc. in 1996, which he sold to his sons in 2006.

Mr. Alcorn served his community in many roles. He joined the Montgomery County-Blacksburg Kiwanis Club in 1953, serving as President (1961) and director (1996), and an active member right up to the week before he passed. In 2018 Kiwanis International honored his 65 years of service, presenting him their distinguished Legion of Honor Award. He served as a director and officer of many organizations, including the Blacksburg Chamber of Commerce; First National Bank Advisory Board; Virginia Tech Athletic Fund; the Virginia Manufactured Housing Association; Virginia Tech Hokie Club; and service as a Deacon in Blacksburg Baptist Church.

The family describes life with Dad as an adventure. We learned to expect the unexpected, and there were some doozies. To us he was larger-than-life, traveling from one business to the other, planning new projects and living life to the fullest. He and mom traveled widely, usually in the company of cherished friends who shared their joy of discovery.

As a father he dared us to dream big, work hard and always give our best. While long in his expectations of us, and perhaps spare in praise, he was the first to stand behind each of us when hard lessons paid a visit. Above all, his loving devotion to Mom in their 66+ years of marriage is a lasting example of what true love is all about.

Herb was known around town as the “Hatman”, a nickname that came from his love for Stetson hats. If in recent years you found yourself in traffic behind a big Lincoln Town Car that looked like a hat was driving, that was Herb. He loved fishing, major league baseball, and Virginia Tech athletics. He was a Lifetime Golden Hokie and delighted in taking his sons and grandchildren to VT football, basketball and baseball games.

The family extends special thanks to the caregivers in ICU and the Palliative Care Unit of Roanoke Memorial Hospital, and the ER doctors and staff at Lewis-Gale Montgomery Hospital. Your kind care is greatly appreciated and will always be remembered.

The Alcorn family is on the care of McCoy Funeral Home in Blacksburg Va. The family will receive friends on Wednesday, January 29 from 5:00 pm to 7:00 pm at McCoy Funeral Home. A celebration of his life will be held at Blacksburg Baptist Church on Thursday, January 30 at 11:00 am, with the Rev. Tommy McDearis and Rev. Todd Milsaps officiating. There will be a private graveside ceremony for the family at Southwest Virginia Veterans Cemetery after the services.