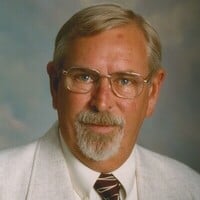 Theodore “Ted” R. Alberts, NRCC Retired Professor of Welding Technology, passed away peacefully on Saturday, February 19, 2022. He was born to the late Ted and Rose Alberts on May 10, 1943, in Chicago, Illinois. His parents, and sister, Judith Mills, precede him in death, along with his nephew, Tim Mills.

Ted served in the U. S. Army from 1966-68 and was stationed in Ludwigsburg, Germany.

He graduated from Northern Illinois University with a Bachelor of Science Degree in Education, and a Masters of Science.

He taught Welding Technology for 36 years in Illinois, Texas, and Virginia, where he retired from teaching at New River Community College, Dublin, Va. in 2009. He would always say, “Ted’s my name and Welding is my game.” He also worked for Chicago Bridge and Iron (CBI) as a Quality Assurance Engineer from 1980-82.

Early in his career he joined the American Welding Society and was a member for 48 years. He became a Certified Welding Inspector (CWI) and Certified Welding Educator (CWE) through the Society. He served two years as a Director of District 4 which included portions of Virginia, North Carolina, and South Carolina, serving on the AWS Board of Directors, representing the voice of the members. He also served in many volunteer leadership roles in the Southwestern Virginia Section.

Ted had a love for Astronomy and for many years he assisted with visitors and gave tours at the D. C. Wysor Observatory in Dublin, Va. He was also a life-long Chicago Bears, Chicago Bulls, and Chicago Cubs Fan.

Ted was also a member of the wonderful Dublin United Methodist Church since 1988.

The Alberts family is in the care of Mullins Funeral Home & Crematory in Radford. www.mullinsfuneralhome.com