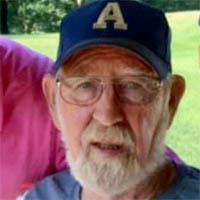 He is also preceded in death by his sister, Eula Akers, brothers-in-law, Charles King, John Collins, Charles Meredith Jr., his in-laws, Norman and Juanita Poff of Vinton, whom loved him as a son.

He was a member of Blacksburg Christian Church (Disciples of Christ).

Funeral services will be conducted Sunday, September 1, 2019 at 2:00 pm in the McCoy Funeral Home Chapel with the Rev. Gary McCoy and Rev. J.B. Beane officiating. Burial will follow in the Centennial Christian Church Cemetery, McCoy. In lieu of flowers memorial contributions may be made to Blacksburg Christian Church 240 Watson Ave., Blacksburg, Va. 24060.