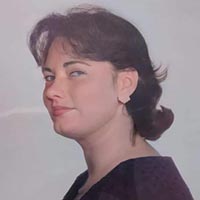 In addition to her parents, she was preceded in death by brothers, Larry Horton, Richard ” Dickie” Horton,  James ” Jimmy” Horton, Stephen Horton, and a sister Janet Sigmon.

Her service will be on Thursday March 25th at 2pm at Stevens Funeral Home with Rev. Don Sizemore officiating. The family will be receiving friends one hour prior to the service. Burial will follow in Oakwood Cemetery, Pulaski.