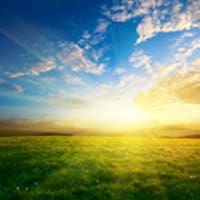 He was a long time employee of S.G. Wimmer & Son in Christiansburg, Va., until his retirement in 1987. Mr. Akers was also a highly decorated combat-veteran of the United States Army during World War II, receiving the Purple Heart, Bronze Star and Good Conduct Medal.

Newton nicknamed “Newt” by his friends and relatives was the son of the late Merritt and Pearl Akers, of Floyd County. He was preceded in death by two brothers and two sisters; infant brother, Edward Akers, Hestle Akers, Annie Akers Altizer and Hazel Akers Duncan. He also lost his beloved wife, Tressie Altizer Akers, in 1994. He was also predeceased by one son-inlaw, Billy Joe Paskowski.

The Akers family is being served by Horne Funeral Home. Online condolences may be sent by visiting www.hornefuneralservice.com.