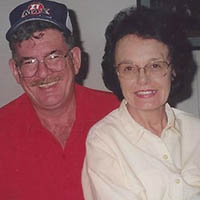 Larry Arthur Akers, 74 of Pembroke, VA went to be with the Lord on Monday, November 16, 2020 at his home. Larry was born on September 16, 1946 in Pearisburg and was a son of the late Henry Arthur Akers and Hazel Elana Wheeler Akers. Besides his parents, he was preceded in death by one brother Phillip Akers.

Larry was 1964 graduate of Narrows High School and attended New River Community College. He was a U.S. Army Veteran serving in the 82nd Airborne and was a drill Sargent in the Army Reserves. Larry was a past president of the Communication Workers of America, Local 2204 and was a retired employee of Bell Atlantic with over 30 years of service. He was a longtime member of the Kathleen Memorial United Methodist Church in Narrows, a member of Giles Lodge #106 AF&AM in Pearisburg, a member of the Kazim Shrine Temple in Roanoke and a member of the Giles Shrine. Larry was an avid private pilot for many years.

A memorial service will be held at a later date. In lieu of flowers, memorial donations may be made to the Giles County Animal Shelter. The family is being served by Givens – Riffe Funeral Service in Narrows, (540) 726-2442, and online at riffefuneralservice.com.