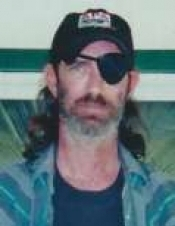 James Wallace Akers, Jr. (Pete, Jaybird, JW, Jay), 55, of Roanoke and formerly of Narrows, departed this life Monday morning, March 10, 2014 at UVA Hospital in Charlottesville after a dramatic and faith filled battle with lymphoma. Jay, beloved brother of his siblings, closed his eyes on this world of suffering and went to be with Jesus. He had experienced a soul-saving encounter with God and left this world at peace with His Maker, Himself, and His Fellowman. James was born in Pearisburg, June 30, 1958, a son of the late James Sr. and Maxine McGlothlin Akers. He was a trained and expert machinist for over 30 years and worked at Carter Tool and Manufacturing. He excelled as a auto mechanic on his own time. As an accomplished member of the American Pool Association he had won several championships and trips to Las Vegas for the national finals. He leaves to cherish his memory his brother and sister-in-law Martin B. and Sherry Akers of Forest; his sisters and brothers-in-law Brenda Holdren of Salem, Sandra and Gary Williams of Forest, Debbie and Lewyn Caldwell of Salem; his beloved nephews and nieces Ben Caldwell, Cory and Blaine Akers, Darryl Williams, Tracey Wright, Kristen Harris; his aunts who were very special to him Loraine A Lambert of Salem and Joy Surratt of Sylvatus; his special cousins Butch Lambert and Suzanne Woodward; his many great-nieces and nephews that he enjoyed so much; his special friend R J Johnson and never forget his beloved dog Chloe. Funeral services will be conducted Wednesday evening at 7:00 pm in The First Wesleyan Church of Roanoke on Peters Creek Road with Pastor Eddie Kendall and Pastor Herb Shaffer officiating. The family will receive friends at the church two hours before the service. Graveside services will be conducted at 1:00 pm Thursday at Fairview Cemetery in Narrows. The family suggests that in lieu of flowers contributions be made to the Leukemia and Lymphoma Society or the SPCA. The Kendall Funeral Home in Pembroke is in charge of arrangements. Online condolences may be sent by visiting kendallfuneralhome.com.