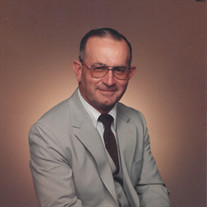 Funeral services will be conducted Monday, May 10, 2021 at 2:00 pm in the McCoy Funeral Home Chapel with the Pastor Jason Meredith and Rev. Kenneth Poston officiating. Interment will follow in the Akers Family Cemetery. The family will receive friends from 1-2:00 pm prior to the service at McCoy Funeral Home, Blacksburg.