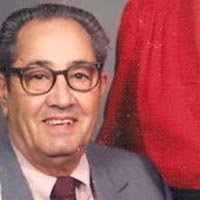 Charles Hampton (Hamp) Akers, Christiansburg, passed away on Monday, August 17, 2015. Hamp was born on April 30, 1921, to the late Blaine and Carlene Akers. He was also preceded in death by his sisters, Barbara Sue Crockett, and Tootsie Akers; and his best friend and loving wife of 63 yeas, Lucille “Lou”.

Hamp was a proud member of the United States Navy during World War II. He worked many years at RAAP and later retired from the VA Hospital.

As requested by Hamp, there will be no services. To remember ‘Hamp’ best, make someone laugh today.

Online condolences for the family may be left by visiting www.hornefuneralservice.com.