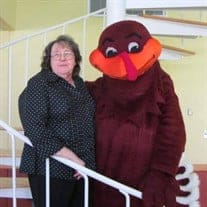 Bonnie D. Akers, age 74, died at Chippenham Hospital in Richmond, Virginia on Monday, November 8, 2021. Bonnie was born on May 2,1947, at Mountain Lake Hotel in Giles County, VA to the late Robert and Josephine Dolinger.

Bonnie was preceded in death by her husband of 36 years, William Bentley Akers; her nephew, Steve Meredith; and two brothers, Avery Dolinger and Rob Dolinger.

A memorial service will be held on Monday November 15, 2021, at McCoy Funeral Home in Blacksburg Virginia at 5:00 pm.