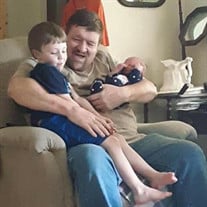 Alexander Merle Akers, 58, of Christiansburg went to be with the Lord on the evening of July 17, 2021 after a lengthy battle with various illnesses. He is preceded in death by his parents, William (Bill) Akers and Mary Stump Akers and his brothers Bobby Lee Akers and Steve Akers.

He is survived by his wife, Rhonda S. Akers; his sons and daughters-in-law Alexander (Aj) Akers Jr and Emma Akers and William (Willie) Akers and Brandi Dennis, and Michael Songer; his daughters and son-in-law Crystal Heslep and Gary Heslep and Pamela Songer; his four grandchildren Chelsie Chrisley, Aliyah Dennis, Henry Akers, and Charlotte Akers; his three sisters and brothers-in-law Rosemary and Paul Rutherford, Wesley and Larry Needham, and Sally and John Smith; his brother and sister-in-law Billy Joe and Joyce Akers; as well as many nieces and nephews.