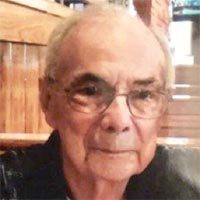 Theodore Ake, born in Canton, Ohio on January 31, 1927, passed away peacefully on the morning of December 4, 2019, at the age of 92. He is preceded in death by his parents, Theodore and Evelyn Ake; his sister, Martha; and his wife of 67 years, Beatrice.

He is survived by his sister, Eleanor Morgan; his children and their spouses, Diane and James Saul, Theodore and Valorie Ake, David Ake and Kendee Franklin, and Stuart Ake and Shelley Okimoto; as well as five grandchildren and four great-grandchildren.

After a brief stint in the U.S. Navy at the end of World War II, Ted attended Cleveland’s Case Institute of Technology (now Case Western Reserve University), graduating with a degree in electrical engineering in 1950. That same year he met and married the love of his life, Beatrice Louise Ruhf.

He was a proud member of the Illuminating Engineering Society (and the longest serving associate ever of that organization). Wherever Ted and Bea lived, they participated in and supported community programs. Ted umpired Little League baseball even after his own sons had grown too old for the game. A longtime member of the Presbyterian Church, he served as elder and deacon of the churches in Palatine, Illinois and Blacksburg. And, along with his dog, Sam, regularly read to children at Blacksburg schools. Ted was a deft writer; friends and family eagerly received his annual Christmas letter (over a half century worth of them) for their wit and wisdom, and his poems were the highlight of every family occasion. He enjoyed watching Cubs baseball and Virginia Tech football.

Above all, though, Ted loved the game of bridge. He was a skilled tournament participant, but was just as happy playing—or teaching—among companions, which he did to his final days. He cherished his family and friends, and was exceedingly grateful for the community he (and Bea) found in Blacksburg and, eventually, at Warm Hearth.

Theodore Ake possessed a keen intellect, though he wore his smarts lightly, and exuded a kindness, generosity, and patience all too rare in the world today.

A Celebration of Life service will be held in early 2020. In lieu of flowers, memorials may be donated to the Warm Hearth Foundation or the Warm Hearth Employee’s Assistance Program.