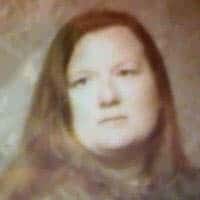 Margaret Ann Kandl Agee, 78 of Pearisburg, VA departed this life October 26, 2021 at New River Valley Medical Center. Born in Washington D.C. on September 12, 1943, she was a daughter of the late Norbert and Irene Reed Kandl.

She leaves to cherish her memory to their hearts, her daughters, Christina Roop of Pearisburg, VA, and Maria Agee of Pearisburg, VA; grandchildren, Brittany Agee, Megan Agee, Warren Agee, Jr, Breana Collins, and John Collins III; one great-grandchild; and a sister, Mary Bollinger of Woodbridge, VA.

A time of celebration and reflecting on the life of Margaret will be held at a later date. A guestbook is available by visiting www.kendallfuneralhome.com. The staff of Kendall Funeral Home are honored to be serving the Agee family.