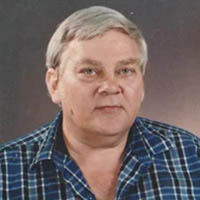 Clyde Francis Adkins of Christiansburg, 81, passed away at home surrounded by his family who loved him on May 9, 2020. Clyde was proceeded in death by his wife: Sharon Loretta Adkins, parents: Frank and Myrtle Adkins, brothers: Charles Adkins and David Adkins.

We would like to thank the Good Samaritan Hospice for all of their assistance.

Clyde retired from Virginia Tech and was devoted Christian and member of Belmont Christian Church.

A private grave side service will be held on May 11, 2020 at Roselawn Memorial Gardens in Christiansburg, Virginia. It will be aired on Facebook live at 1:00 p.m. for the public to view.