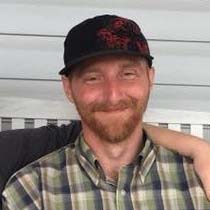 Having attended Technology School, he enjoyed life and was a laborer in construction.

There will be a private family celebration of Timothy’s life held at a later date.

The Kendall Funeral Home in Pembroke, VA is in charge of arrangements. Online condolences and hugs may be sent to the family by visiting kendallfuneralhome.com.