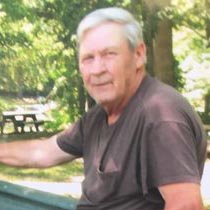 Roger Wayne Adams, 69, of Pulaski, Va. passed away early Thursday morning April 7, 2016 at his home. He was born in Pulaski, Va. on May,31 1946 and was the son of the late Pierce Edwin Adams and Ethel Josephine Ratcliffe Adams. Roger was a retired employee of VA. Church Furniture, Pulaski.

Funeral services will be held at 2 p.m. Sunday, April 10, 2016 from the Stevens Funeral Home Chapel with the Rev. Carson Linkous and the Rev. Jim Alley officiating. Burial will follow in the Shiloh Cemetery, Pulaski County. Visiting will from 6 to 8 p.m. Saturday, April 9, 2016 from the funeral home, where the family will receive friends. The family will be receiving friends at the home, 713 Carriage Hill Dr. Pulaski, Va.