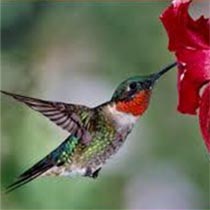 Dorothy VanDeMar Abashian, 78, of Blacksburg, Va., died on Wednesday, October 28, 2009, at Kroontje Health Care Center. She was born in Rochester, N.Y., on February 8, 1931, to the late Ralph J. and Mabel Hastings VanDeMar. She was also preceded in death by a daughter, Lisa Kathryn Abashian.

She was educated at the University of Rochester and received her masters at Cornell University. She was a member of the Blacksburg United Methodist Church and she was also involved with the YMCA leading hikes and with the bird club.

She is survived by her husband, Alexander Abashian, of Ruckersville, Va.; two daughters, Rebecca Cornell, of Glenwood, Md., and Kimberly Sanders, of Dublin; a son, Philip Abashian, of Round Hill, Va.; six grandchildren; a brother, Charles VanDeMar, of Honeoye Falls, N.Y.; and numerous nieces and nephews.

Funeral services will be conducted 11 a.m. on Saturday, October 31, 2009, in the Blacksburg United Methodist Church with the Rev. Reggie Tuck officiating. Interment will follow in Westview Cemetery, Blacksburg. The family will receive friends at the church following the interment.

In lieu of flowers, memorial contributions may be made to the Humane Society of Montgomery County, P.O. Box 287, Blacksburg, Va. 24063-0287 or to The Nature Conservancy, 490 Westfield Road, Charlottesville, Va. 22901. Arrangements by McCoy Funeral Home, Blacksburg, Va.