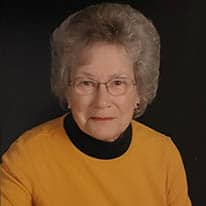 Margaret Ann Williams, 86, of Radford Virginia, formerly of Pembroke, Virginia peacefully passed away in the loving care of her family December 18, 2021. Margaret was preceded in death by her husband Ernest Paul Stowers, a son Linvell Dale Stowers, her parents Haven and Grace Williams, brothers Edgar Williams and Jerry Williams, her beloved twin Martha Sanders and a sister Alice Dowdy.

Margaret’s passion in life was caring for her grandsons when they were younger and being one of their biggest fans at their many sporting events. Most of the time she could be found watching any sport on television, she loved them all, She and her twin; Martha, especially liked cheering for the Atlanta Braves and spending time together at the beach. Margaret retired from a working career at the Pembroke Telephone Cooperative as an office clerk. She loved her church families at Mount Lebanon United Methodist Church, Pearisburg Christ Fellowship, and Calvary Baptist Church, Radford.

Family will receive friends at the Kendall Funeral Home Chapel, Pembroke, Virginia, Tuesday, December 21, 2001 from 5:00 until 6:30 pm. As they wished, there will be a joint grave-side service in the spring for Margaret and Martha.

The family would like to thank. Dr. Charles Judy, Becky Green, NP, and the wonderful nurses and staff from Interpid Hospice in Radford for their loving care and support. The family suggests that memorial contributions be made in Margaret’s honor to Giles High School Athletics (1825 Wenonah Avenue Pearisburg, VA 24134) or The American Red Cross (616 W Main St, Radford, VA 24141). A guestbook is available by visiting www.kendallfuneralhome.com.

The staff of Kendall Funeral Home are honored to be serving the Stowers family.