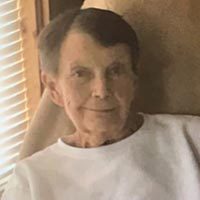 Betty Jean Manning Gyenge Richardson, 81, of Dublin, VA died Wednesday evening, December 4, 2019 at her home. She was born in Pulaski Co., VA on June 10, 1938 and was the daughter of the late Shirley Roosevelt Manning and Frances Anna Bowman Manning. She was also preceded in death by her sisters, Judith Ann Cruff and Katherine Neighbors and by brothers, Tom Manning, Pete Manning and Ray Manning.

Funeral services will be held Saturday, December 7, 2019 at 11:00 AM from the St. Edwards Catholic Church, Pulaski, VA. Interment will follow in Farris Mines Cemetery, Allisonia, VA.