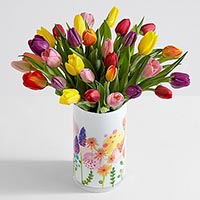 Thelma Louise Combs Pearman, 81, of Prices Fork, died Sunday, August 6, 2006 at Heritage Hall Health Care Center. She was born in Fries, Va., on August 29, 1924 to the late Lonnie and Audrey Mae Isom Combs, and was also preceded in death by her husband, Earnest Riley (Buzz) Pearman.

Funeral services will be held Wednesday, August 9, 2006 at 1 p.m. in the McCoy Funeral Home Chapel with the Rev. Dale Snider officiating. Interment will follow in the Snider Cemetery, Prices Fork. Friends may call anytime after 12 noon, and the family will receive friends from 6 to 8 p.m. Tuesday evening, August 8, 2006 at McCoy Funeral Home, 150 Country Club Drive, SW, Blacksburg.