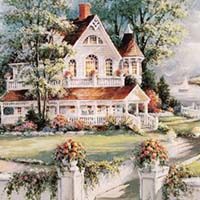 Surviving are her daughters and sons-in-law, Neshia and Tony Dalton of Draper and Kyneathia and Leslie Semones of Hillsville; son and daughter-in-law, Daymond and Regina O’Dell of Draper; grandchildren, Dustin Dalton, Holly and Hannah O’Dell, Eric, Jacob, Savannah and Kory Semones, Mandy Brannock, and five great-grandchildren, Deklyn, Monica and Colten, Tye and Brett, whom she loved dearly; her sisters, Rosella Windle of Draper, Janet Cook of Draper, Emogene Bentley of Pulaski, Nancy and Otis Martin of Draper and Alice and Floyd Wyatt of Wytheville; sister-in-law, Doris H. Lawson of Draper; brother, Ronnie and Mary Lawson of Austinville, and a host of nieces and nephews.

Funeral services will be held Sunday, Jan. 26, at 2 p.m. from Stevens Funeral Home Chapel. Burial will follow in Memorial Christian Church Cemetery, Draper. Visiting will be held Saturday, Jan. 25, at the funeral home, where the family will receive friends 6-8 p.m.