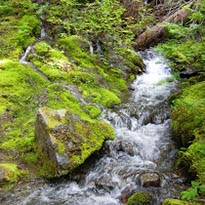 James Nally, a 7 year resident of Pulaski, died on 8/8/2021 at Roanoke Hospital. Jim was born on March 7, 1950 in Patterson, New Jersey to David and Anna Stansfield with the name John Peter Stansfield.

Due to a tragic event with the family, John and his younger brother Jim were put up for adoption. John was adopted by James and Evelyn Nally of Scotch Plains, NJ and was then given the name of James. When Jim was 62 years old, his two brothers, David Stansfield of Willis, VA and James Grady of Spokane, WA found him.

Jim was one of seven children, but only these 3 were surviving in 2012. Jim retired from the nursing department at the VA Medical Center in Albany N.Y. He always said it was such an honor to take care of the Veterans. Jim and his wife Lynn moved to Pulaski to be closer to his brother Dave and his family.

Jim is survived by his daughters Tara Nally of Albany, NY, Maureen Bibik of Tully NY. Also three grandchildren in Tully, NY. Also his brother James Grady of Spokane. Sadly his brother Dave passed away on May 16, 2022.

Committal and funeral service to be held at St. Andrews Episcopal Church in Albany, N.Y. on Saturday June 11th.

If you wish to make a donation in Jim’s name, the family would appreciate it be to Christ Episcopal Church of Pulaski, or the Wounded Warrior Project.