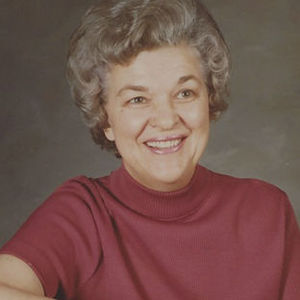 Lora Rebecca Akers, 89 of Narrows passed away peacefully in the arms of our Lord on Friday, May 2nd, 2014. She was the daughter of Minnie and Charles Ingram Alexander. In addition to her parents, she was preceded in death by her two sons, Charles Frederick and John Calvin Akers; three sisters and twelve brothers.

Lora started working for Celanese in Narrows at age 17 and retired with 48 years of dedicated service. During her lifetime, she was proud to give to the VFW and many more organizations, family and friends.

Funeral services will be held Monday, May 5th, 2014 at 3 PM in the Chapel of Riffe’s Funeral Service in Narrows with Pastor Gary Poff, who faithfully visited during her illness, officiating the service. Burial will follow in Birchlawn Burial Park in Pearisburg. The family will receive friends at Riffe’s Funeral Chapel Monday from 1 PM until just prior to the service. The family requests that those sending memorial contributions, please consider the Virginia Wounded Warrior Project; 900 East Main Street, 6th Floor-West Wing; Richmond, Virginia 23219.